This is a colored version of a previously posted line drawing. 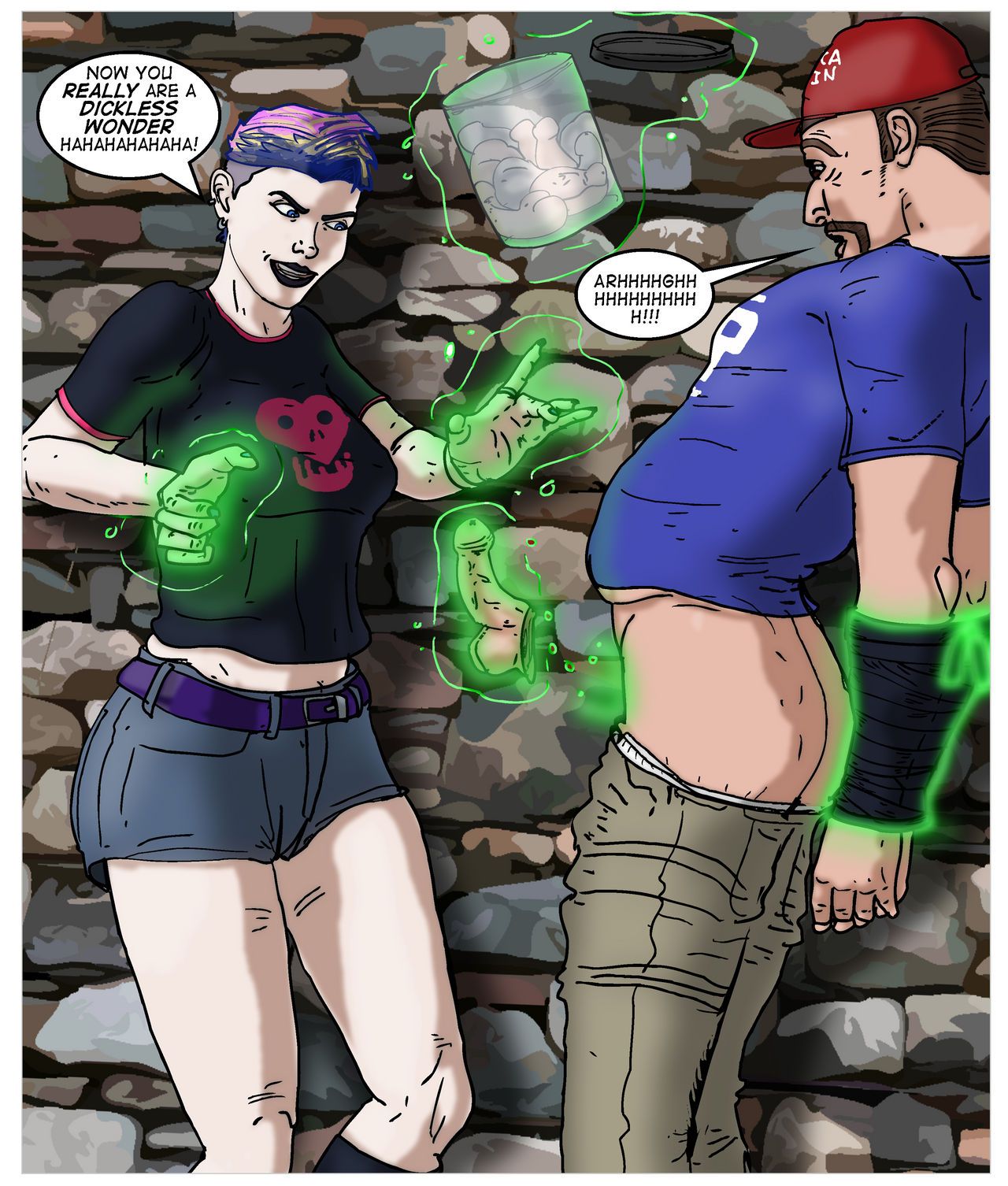 [Lucas and Elvert have been magically transformed into horses to pull Cinderella’s carriage.]
Lucas and Elvert stood stamping in their traces, for the first time smelling with all the keenness of an animal’s sense the luscious scent of a pretty young woman’s moist excitement. Their huge penises dangled hose-like and nearly dragged the ground in a helpless response to the sweet and pungent odor of Rachel’s slit. Lucas neighed and tossed his head, raising his nostrils into the air to catch more of the scent that drove him mad. Both horses neighed their mute and helpless torment.
Rachel turned her head and squirmed, then she giggled–the delighted sound of her merriment, soft and low, mingling with the intimate noises of their coupling. Her flashing eyes were fixed on the huge penises of Lucas and Elvert while her cheeks flushed with lascivious glee. “You nasty things! How indecent your dangling penises are. How indecent indeed! I shall have you smartly whipped for this rude affront to morality!”
Lucas and Elvert now well understood the torment of the slaves Circe transformed from men into animals in Homeric legend. To grovel, helpless and speechless, newly dull-witted at the feet of the laughing Goddess and her lewd, impudent maids, was torment enough. Yet even that subjugation was terribly compounded by the fact that their keen animal senses could smell every luscious scent from the intimate parts of their giggling feminine tormentors, a smell to drive them mad and tease them with what they could never hope to have.
Below the formal garden, viewing the opposite side of Victoria’s carriage stood two Prumm footmen in the gold and lavender livery that Godilieva favored for her servants.
Two pretty royals maids–on their way to check with a wine steward as to the whereabouts of a fine old vintage, ideal for the celebration–paused agreeably to masturbate the Prumm footmen with but scant persuasion and set themselves readily to their task. In a trice, the maids freed the two throbbing pricks and set about rapidly skinning them up and down in their lewd bare hands. As the footmen gasped and strained, eyes clenching shut in furtive pleasure, one maid caught sight of Lucas’ and Elvert’s dangling pricks. She laughed and nudged her companion with her free hand.
“Look there! See those big horses harnessed to that lovely huge carriage of silver and glass? They must wish that they were getting a little of this themselves!”
Both pretty young women giggle between exclamations of amused outrage at the carnal sight of animal excitement–even as they masturbated the now-panting Prumm footmen with their wicked hands. As the footmen leaned into the briskly rubbing hands of the smirking maids, and as their sperm splashed from their organs to glisten on the stone pavement–their masturbatrices indignantly agreed that the offending beasts should be gelded.

Found this yesterday on DeviantArt. 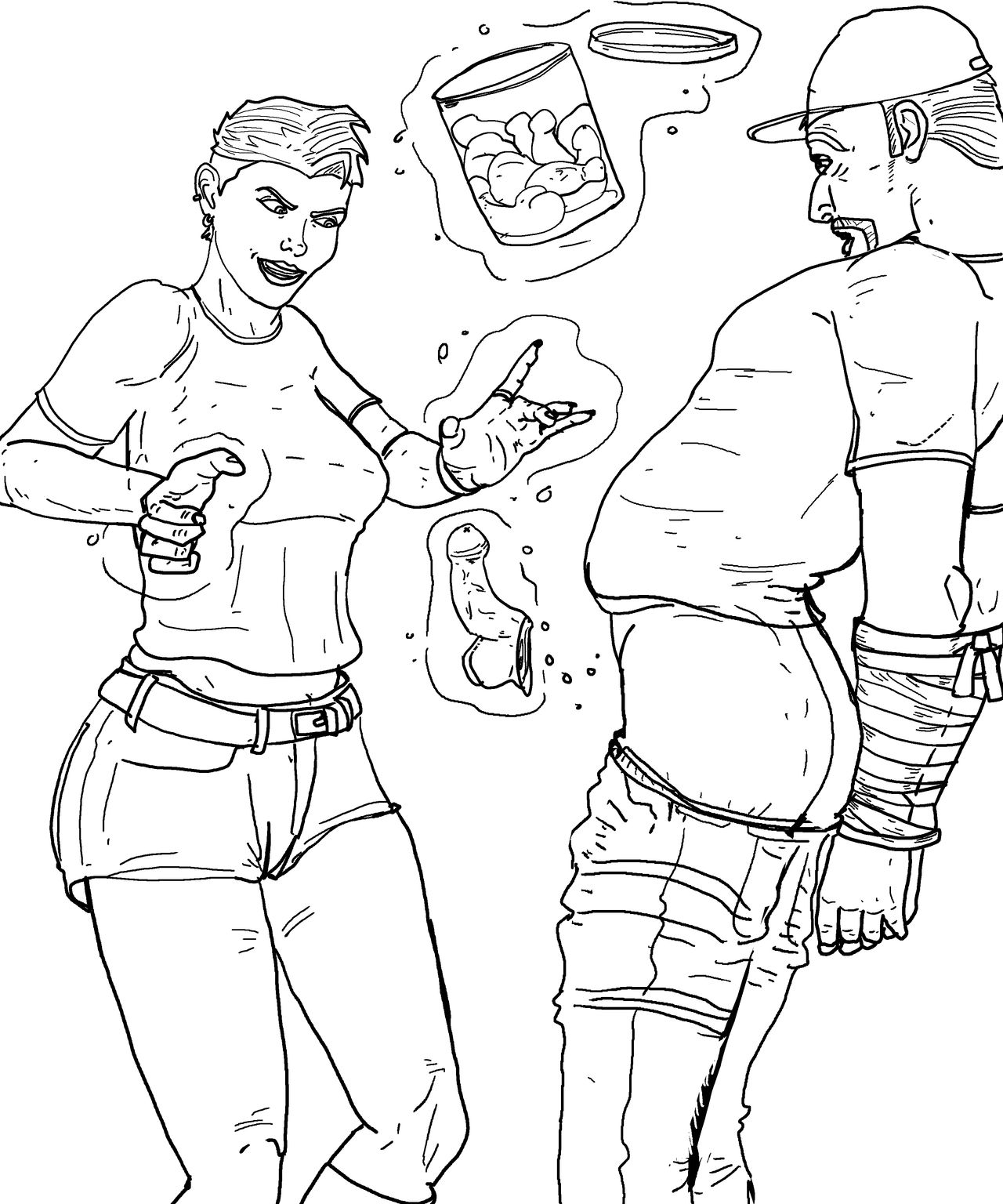 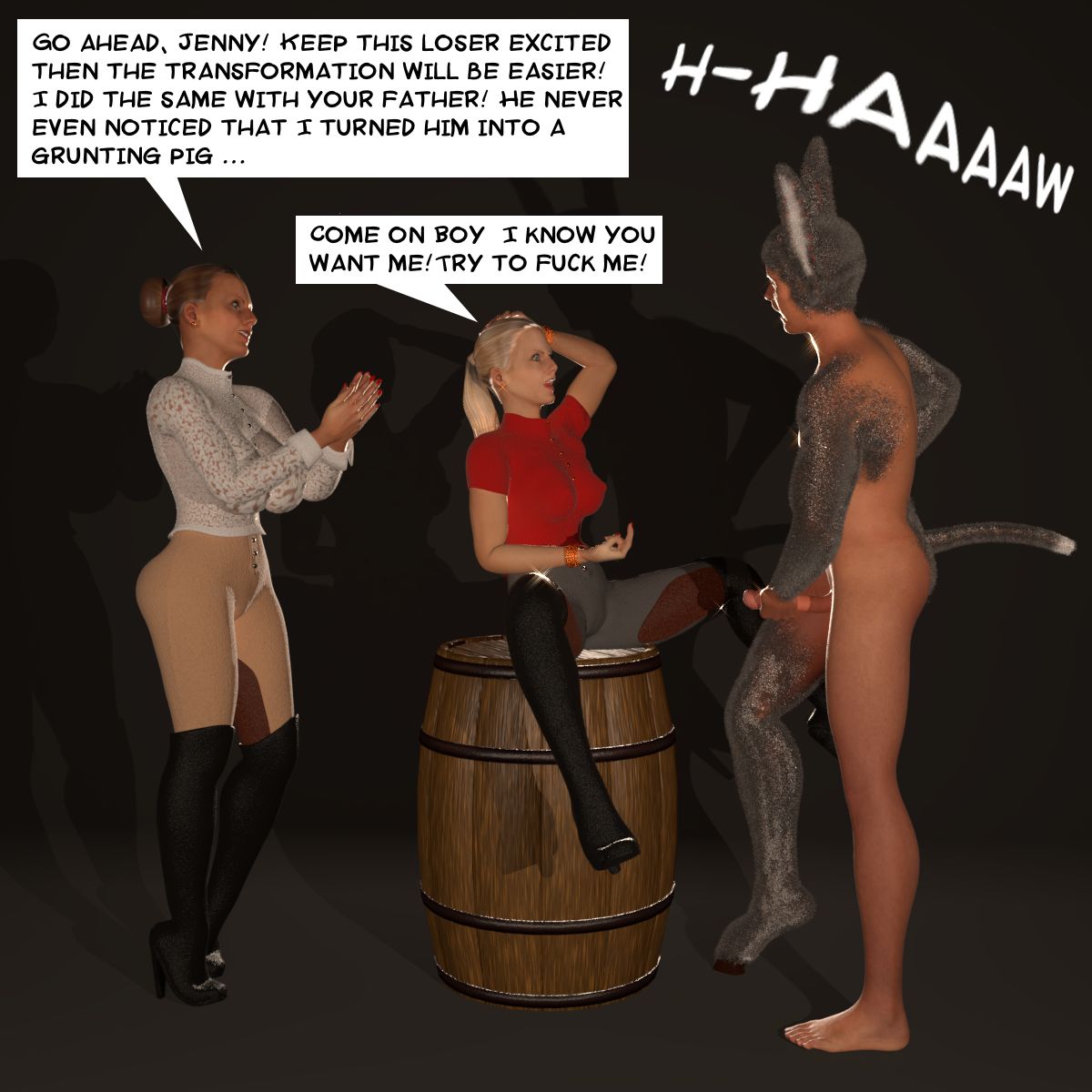 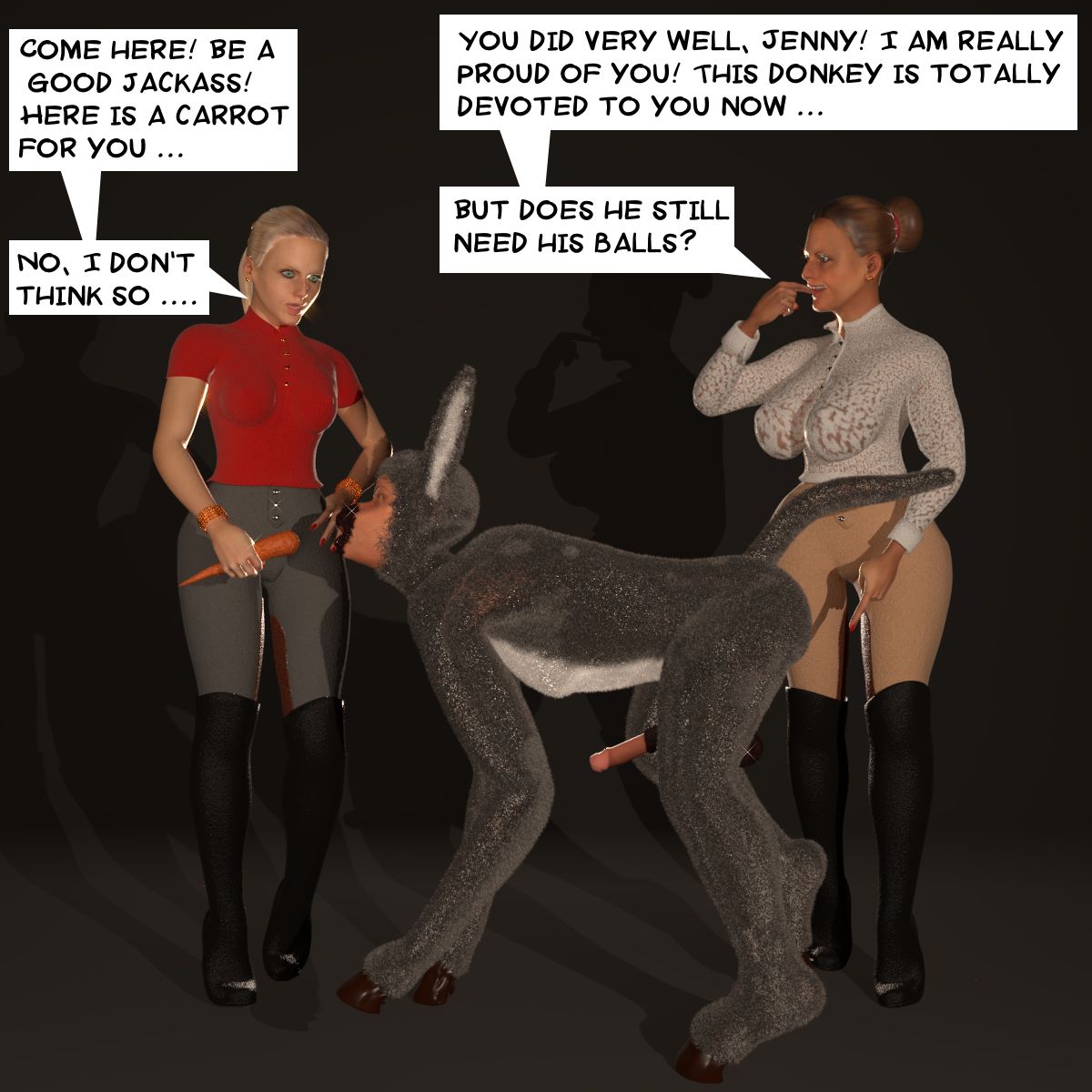