This is quite a well-crafted piece of crap. It actually has dramatic tension, a narrative arc and character development, just like a mainstream novel. But the basic structure is one over-the-top sex scene per chapter and there are 13 chapters.

Most of the sex is pretty standard fare. There are a couple sequences that feature some slashing with a scalpel and there is only one perfunctory instance of an actual castration.

The first-person narrator’s man-slashing is motivated by a revenge crusade that was initiated by a brutal gang rape followed by a resulting birth that is stillborn due to the syphilis the rapists gave her as well as impregnating her. In other words, these two items taken together, the rape and the stillborn baby, are the impetus, the justification.

The real dramatic tension comes into play when one of the slashing victims recognizes the slasher and begins a counter-vengeance. 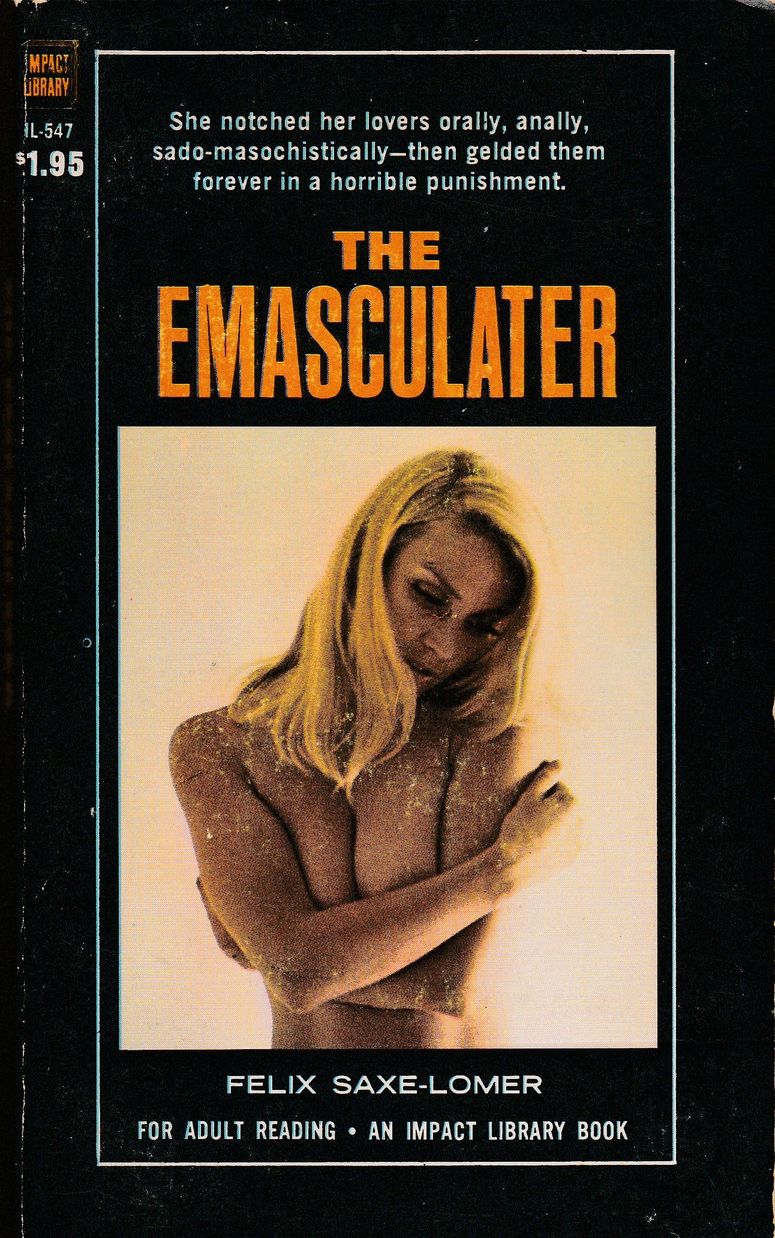 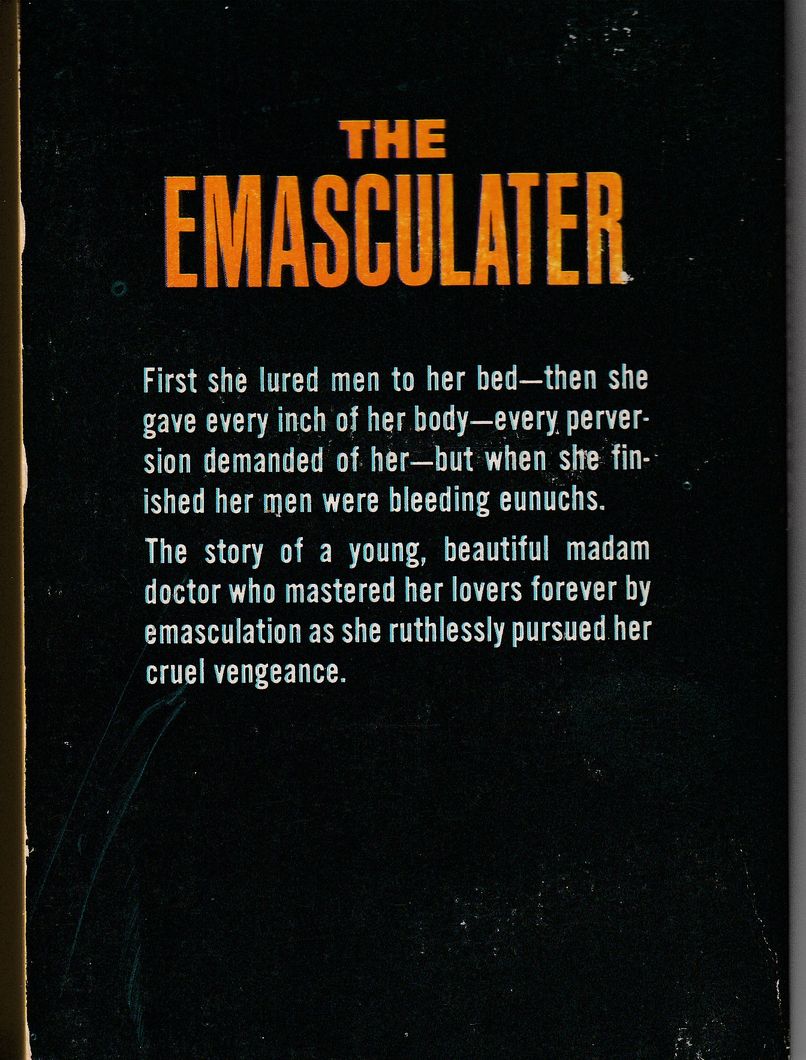 Here is the link for her site.

I’d been curious about these stories for a while, especially the “Unmanned” one. I finally took the plunge and bought them. I was very disappointed. The body modification was very weak stuff, no castration, not even chemical castration. The modification consisted of being fattened up, depilated and given breast-growing hormones. The story descriptions should read “very mild body modification”.

As to the rest of the content, there is bondage, whipping and forced feminization that is supposedly so forceful and potent that it’s permanent.

There are 4 images included with each story that supposedly illustrate the story, and which are nothing special. You can see an example of them in the cover images given below.

These titles are given under the “Flag Publications” heading. Here are the cover images: 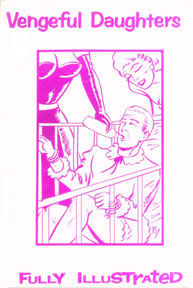 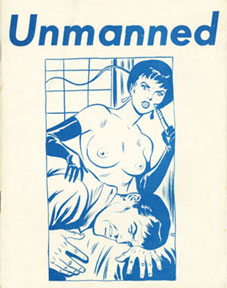 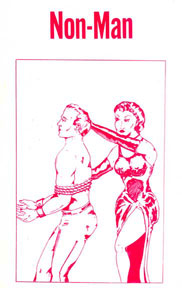