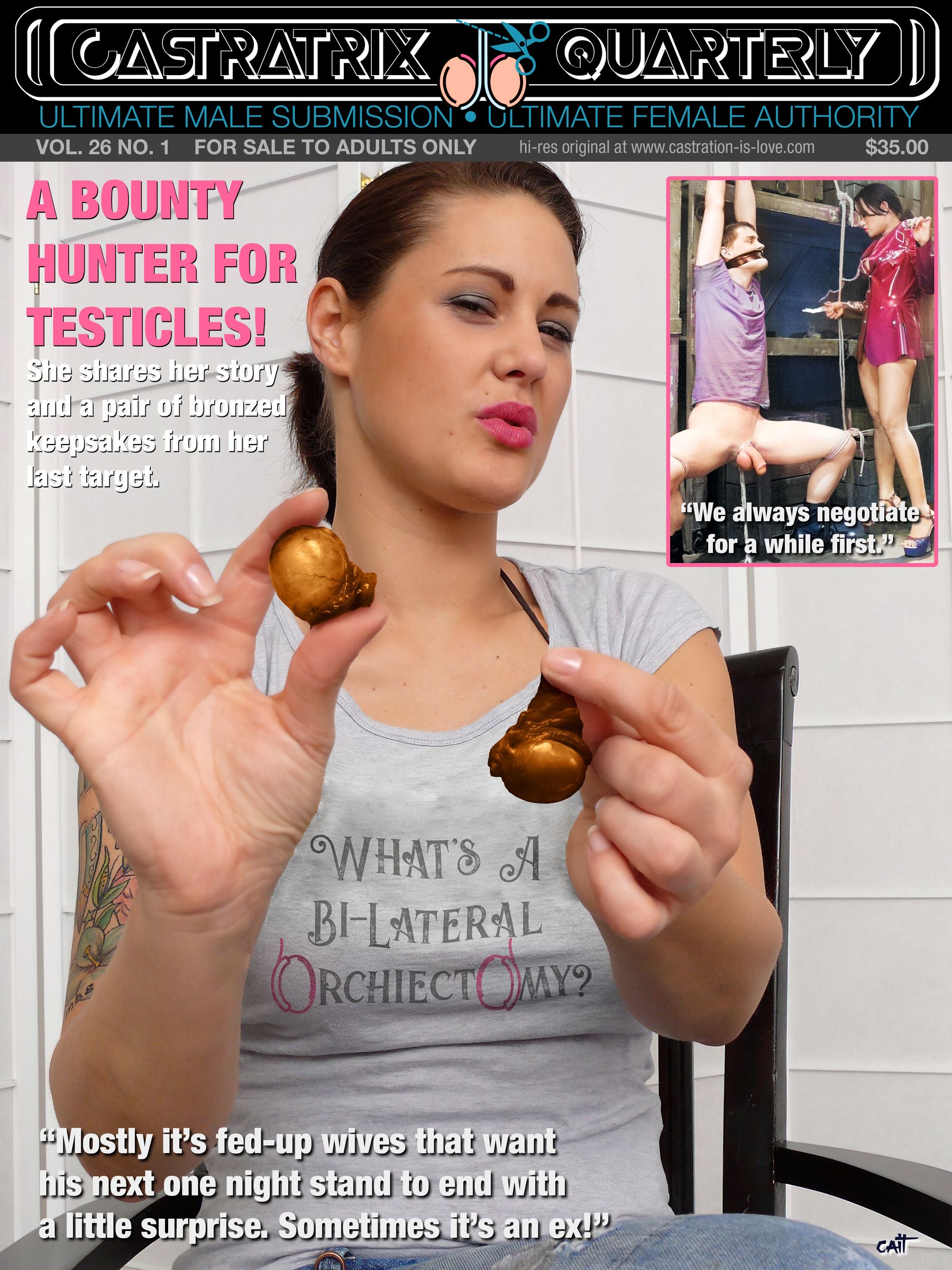 10 replies on ““Castratrix Quarterly: A Bounty Hunter For Testicles!” by Cait B”

This news is making headlines: https://www.telegraph.co.uk/news/2022/02/07/eunuch-maker-arrested-castrating-men-live-television/

Thanks. Here are a couple other links to the story for people without Telegraph accounts.
https://www.vice.com/en/article/n7n4dw/london-live-castrations-streamed
https://metro.co.uk/2022/02/07/london-men-arrested-after-finsbury-park-cult-films-live-castration-16061137/

This reminds me of that “American Eunuchs” documentary:
https://www.imdb.com/title/tt0364942/
I was lucky enough to be able to attend a small screening in Boston when it came out.
The filmmakers were there. After the film I asked them if there were any Italian eunuchs.
They thought the whole thing was a huge joke.

From olden legends we are told that there came about periodic Division Days. During this, the men of the realm were gathered together and separated into two groups by the women. The smaller group was the Stud group. They kept their balls and were slaves to their sex and dominance drives. They were kept for if and when any woman might want an old fashion mating. The larger second group, chosen by the women, were gently and safely de-balled. They were selected to be partners in deep emotional relationships with women. These new eunuchs regarded Division Day as their liberation day. They spread their horizons, as they were free from their by their sex and dominance drives. The women were much happier as their various needs were largely being met by the eunuchs. There was dancing in the streets. Those were the days my friend.

I would be so excited to pin my cut balls as earring at my wife ears. What a signal she would give to other mâle, showing that her bottom pleasure door is free from husband assiduity!

Want to be castrated, by [ text deleted ]

You can probably get castrated through legitimate channels if you can prove your mental health. Please consult your doctor about it.

how do i get castratrix quartely

You don’t. It’s a fake magazine. Only the covers exist.