The domme is MsRubberBella and the sub is TwigNoBerries, her slave.

Here is the domme’s account of the surgical castration:

“After months of planning, appointments, and medical care, @TwigNoBerries and I are relieved that the end result is as good as it could be. Within hours of the surgery twig had pretty severe pelvic swelling and I wish the perineum scar was more faded, but in the end, what’s important is that twig can still enjoy orgasms and I don’t have to look at the ugly scrotum anymore (it’s preserved separately from the testicle and placed in a small coffin).”

Here are five photos of the domme gloating over the severed organs. 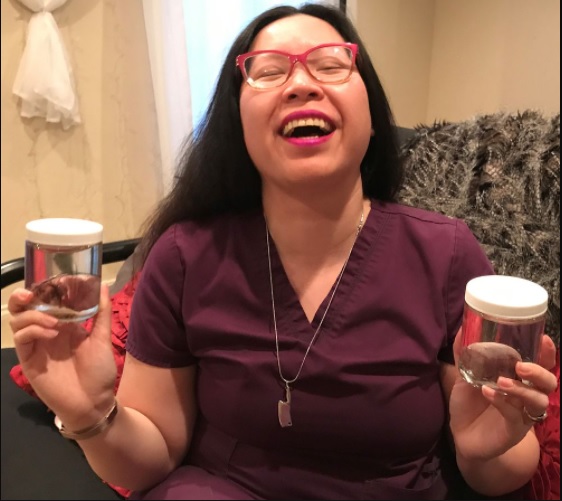 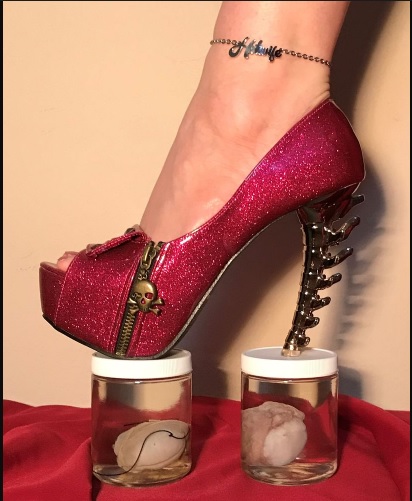 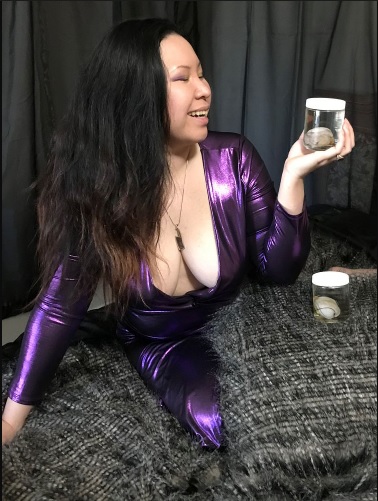 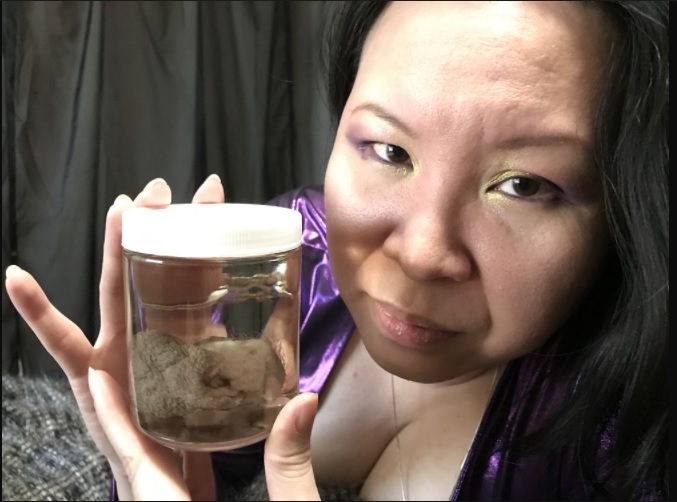 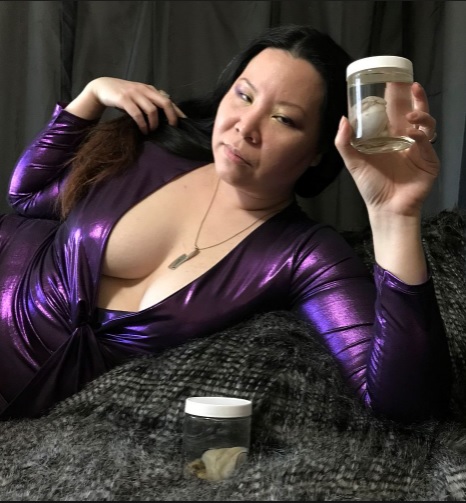 Don’t know what the “can still enjoy orgasms” statement is supposed to mean. Even with HRT the sub’s sex drive will be greatly reduced.

Please include the video’s title. In this case it was:
“Dr. Rachael Rebel Vet Episode 10 ‘I’ll Take Those’ Horse Castration”

“Equine Veterinarian Dr. Jenni Does A Complete Castration of a Miniature Horse”

sorry if it to much))

Castration’s just a fact of life for these happy young ladies.

Rubber Bella wrote that the surgical center said that the balls would be disposed of per their normal procedure and the patient could not have them. She said she wanted them and went the extra effort to get it approved, and picked them up. So now she has her first pair of trophies, just like she wanted. I think she mentioned she’d like to add another pair if anyone is feeling burdened…

Hmmmm, I have been experiencing a certain fullness in the scrotal area…

Oh yeah! A women into Castration … that’s hot and the idea of keeping them in a display jar … that’s on another level !!! Myself I’ve got a few things to try first in the kink department but would love to have someone lined up as a Castratrix already.