Here’s another milestone in my castration fetish.

I began collecting ‘underground comics’ when I was 17. By the time I was 19 I’d collected over a hundred. These comics were famous for their outrageous, no-holds-barred graphic sex. But of course I was too weird and kinky to be turned on by them. There was only one story in one comic that had the right power dynamic for me.

A Piece of the Action

This story appeared in a comic called “Good Jive”. It was written and drawn by a Black dude called Richard ‘Grass’ Green. When I was 18-19 I masturbated and ejaculated to this story so many times.

It’s a five page story and I’ll show the climactic 5th page below. The story is pretty basic but it effectively sets the stage for the climactic ending. Here’s the summary: 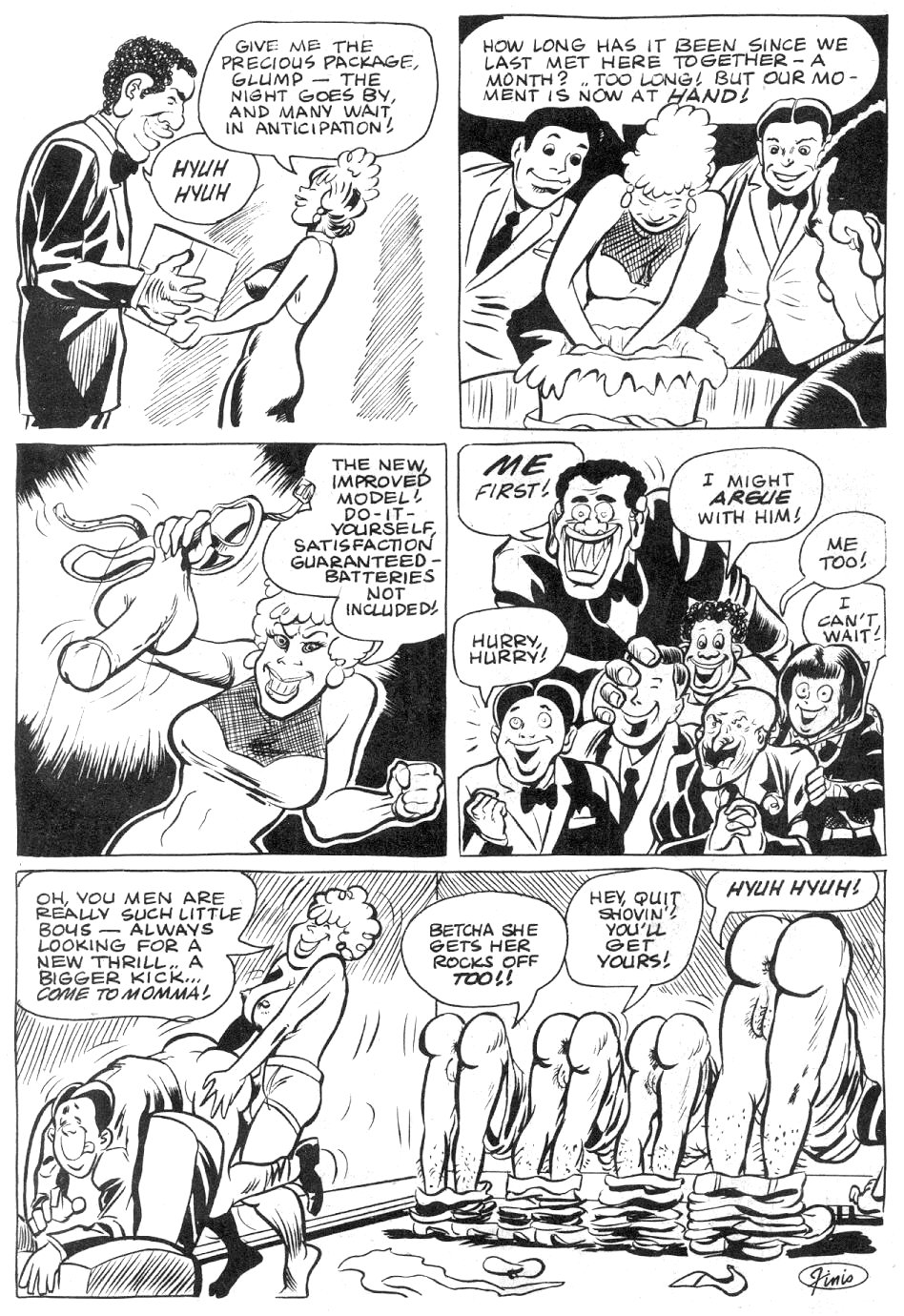 Grass Green passed away in 2002. God bless him.