Here is another milestone in my castration fetish.

My 14-15 years were a busy time but luckily I was able to discover some erotica.

Although I rarely revisit them, even after 50 years these excerpts still have the power to arouse.

This happened when I was 14.

I must have read about it in an ad in “Playboy”. A new magazine of erotica was announced called “Avant Garde” and it was being published by the same guy that had published the famous “Eros” magazine, although I was too young to remember “Eros”.

The thing that really grabbed me about this ad was the offer of a book to be given away to charter subscribers. The book was a complete edition of the famous Victorian sex memoir, “My Secret Life”. I was eager for real-life descriptions of sex and I’ve always been a sucker for ‘complete’ or ‘original’.

It was a big disappointment when it finally came. The book was huge and unwieldy and difficult to read. The binding was cheap glue that immediately cracked when I opened it causing pages to fall out. And the content was dull, repetitive and often disgusting. I gave up on reading it fairly quickly.

Oh, and “Avant Garde” sucked too. 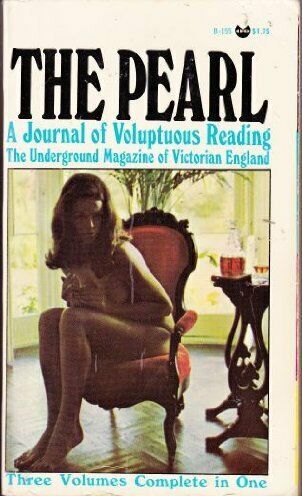 Roughly 75% is devoted to straight sex, the rest is devoted to women ‘birching’ each other. Once again, I felt confused that none of the straight sex really aroused me. And I had no interest in the woman-on-woman stuff.

Only two passages aroused me. Here is a summary of the first one followed by a link:

I loved the incest, all the girls watching and the humiliation of the involuntary ejaculation.

Here is the other passage. It’s very brief. It just describes a young man giving his friend a spur-of-the-moment blow job.

I loved how free and easy it was and the submissive aspect.

Autobiography of a Flea

The following embarrassing incident happened when I was 15.

I discovered this famous book late one hot summer night in my older brother’s bedroom. He and his wife were both absent at the time.

While browsing through I stumbled upon one passage that literally blew my mind. I stripped off my clothes and ran around the neighborhood naked until the police spotted me and picked me up.

Here’s a summary and link:

Here’s the link: Autobiography of a Flea

I loved the passivity of the boy, the devilish aggressiveness and delight of the girl and the open, brazen spectacle of the copious ejaculation.

I started to get into music when I was 15. My older brother gave me his beat-up old portable stereo and his beat-up old 1950s records. I found Little Richard to be electrifying. I’d lay in bed and my whole body would be rigid and tingling with rapture. This showed a strong feminine side in me.

During the second half of my 15th year I adopted a strict new daily regimen. This included concentrating on my homework by studying in the basement stacks of a local college library every day. Perversely, I also got into the habit of leaving long semen stains on the white walls down at the end of each row of the stacks. I must have left about two dozen. They turned kind of yellowish brown after a while.