Found the German Wikipedia entry for it. See below. Here’s a poster for it: 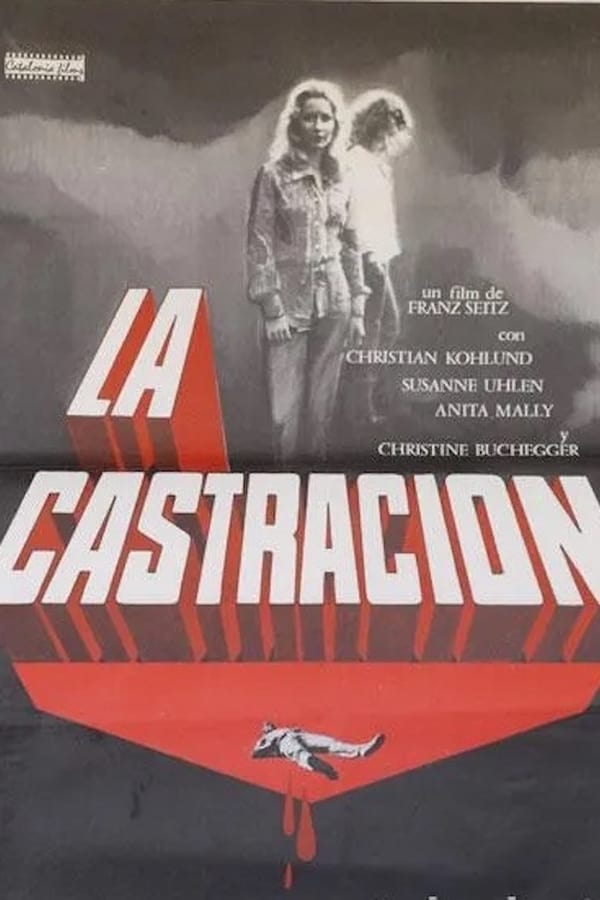 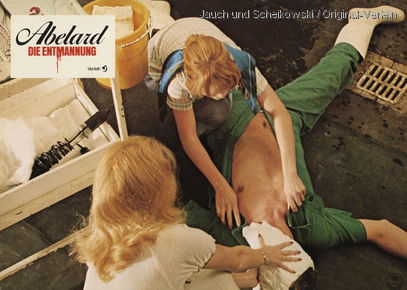 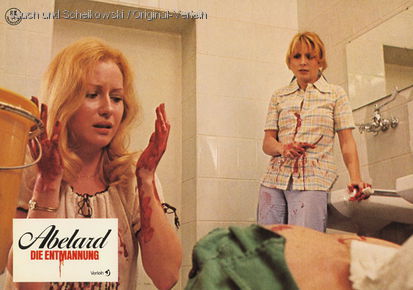 Here’s the summary from de.wikipedia.org:

The story is about the Munich veterinarian Dr. Georg Rauh and his erotic-amorous relationships with women. None of them suspects that she is just one of many in Rauh’s life. When two of the deeply disappointed lovers of injured vanity and injured pride band together against the faithless lover, there is a bloody act of revenge.

The pretty Munich girls Andrea and Simone are two very different friends who complement each other perfectly in their nature. Both share their excessive self-assessment, their narcissism, their self-love. They only expect the best from men so that they can meet their extremely high demands. Andrea is studying German at the university, Simone, who is a little older, is already working and produces reports for television. As part of a trip to Paris, the two young women visit the celebrity cemetery Père Lachaise and also come across the tomb of Abelard and Heloise . She is fascinated by the story of this famous, tragic pair of lovers from the 12th century and never lets go.

Back in Munich, Simone prepares a report about the university veterinary clinic and gets to know Georg Rauh during the research. Contrary to expectations, the smart veterinarian can meet her high demands on men, and that’s why she introduces him to Andrea. On a joint excursion of the three, the girls subject Georg to a “quality check” and ask him a wealth of questions as part of an apparently harmless, fun cross-examination. Georg passes this test with flying colors, he answers all of her questions casually. Simone then instinctively decides for him and becomes Georg’s new friend. However, since Simone and Andrea have always appeared as Siamese twins, Andrea will soon also be in the game and, not even with bad intentions, gradually pushes between the two. After all, she also ends up in Georg’s arms without breaking the two girls. Although not happy about it, after a bit of grumbling Simone is still ready to accept this intervention, because her friendship with Andrea means everything to her.

But Georg is different from the (ideal) picture that Andrea and Simone projected onto him. So far, women meant something uncomplicated for him, a nice pastime, nothing terribly serious. The exaggeration that Andrea and Simone use in their partner selection is completely foreign to him. And so it happens that Georg knows the actress Nana and the two ultimately come together and become a couple. On a love trip across Ireland Georg and Nana spend carefree days in a gypsy car. Both feel that more can and will grow out of this affair. At home in Munich, Andrea and Simone find out about the new competition and are, primarily because of the feeling of deep, personal insult, overwhelmed with anger. They see nothing more than a disgraceful betrayal of their ideals and feelings in Georg’s behavior, thereby damaging their excessive ego and self-love. From the feeling of powerless anger, both mutually exacerbate themselves in a bloody revenge fantasy.

When Georg returns from Ireland, they confront him in the veterinary clinic’s operating room. The girls remind of Abelard and his story of suffering. What was it called once? “… and they cut off my body from the limb with which I had committed something that was not right for them!” Practically, surgical equipment and anesthetics are at the same time ready. They emasculate the faithless lover with a scalpel. When Simone and Andrea have to answer for their crime in court, they defend their bloody deed with quotes from Abelard’s letters. With a mendacious and infamous appeal to Nana’s nobility and decency, they can also persuade them not to leave their castrated friend and partner.