The image below is the first one I saw by this team. I practically jerked myself raw. Subsequently, I fantasized about the young prince in the story somehow becoming enslaved to his concubine and being castrated at her command.

The team of Tejlor and Bernd produce these images and are very prolific. Bernd does the writing and Tejlor does the drawing. I’ve seen other art by Tejlor and his main interest seems to be innocuous sex joke art. But Bernd is the one with the great interest in castration. These are just observations, I don’t know these gentlemen personally.

I have 134 of their images at present and am not that interested in obtaining more. I feel their art has stagnated and I’ve never liked the fact that it is maledom castration that is being depicted with an occasional bimbo thrown in to gloat on the sidelines.

I’ve organized the images into the following categories: Ancient, Arab, Barbarian, Egyptian, Greco-Roman and Modern and will be posting them all here. 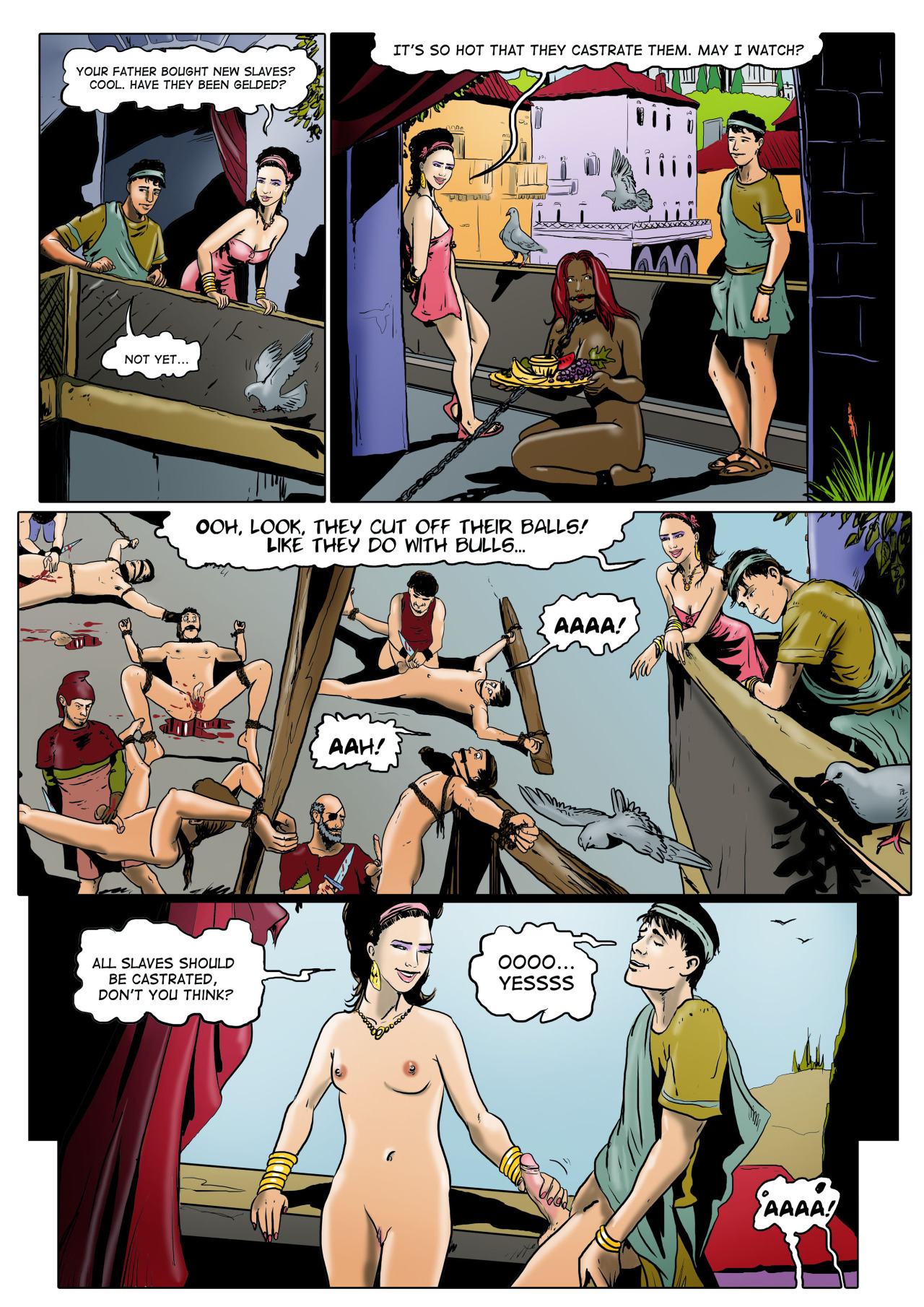